A blog connecting you to deep conversations, valuable resources, and challenging ideas

Centered In Song is a blog that features a core team of writers who care deeply about the congregation’s voice and who seek to have deep and meaningful conversations. Our team of bloggers are always on the lookout for great events, fresh ideas, and artists who are passionate about congregational singing. Because the team is made up of folk from a variety of backgrounds and experiences, this blog offers a variety of viewpoints and opinions on congregational song, celebrating the diversity that the church’s song embodies each and every week. 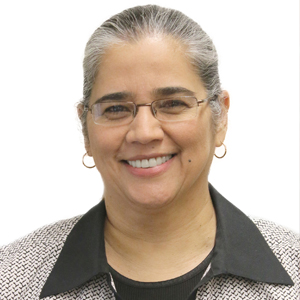 Originally from Recife, Brazil, Maria Monteiro serves as Lecturer in Church Music at Baylor University in Waco, Texas, and as music director at Primera Iglesia Bautista Mexicana (First Mexican Baptist Church), in San Antonio Before joining the Baylor faculty, she taught for seventeen years at Baptist University of the Américas, also in San Antonio These roles and activities have provided the essential connection between her academic interest in church music and the practical involvement in the musical life of a present-day congregation Maria holds a Master of Music (1991) and a Bachelor of Music (1987) degrees in Music History and Literature, from Baylor, a certificate of graduate studies in Musicology from Duke University (1998), and a PhD in Church Music (2021) from Baylor University 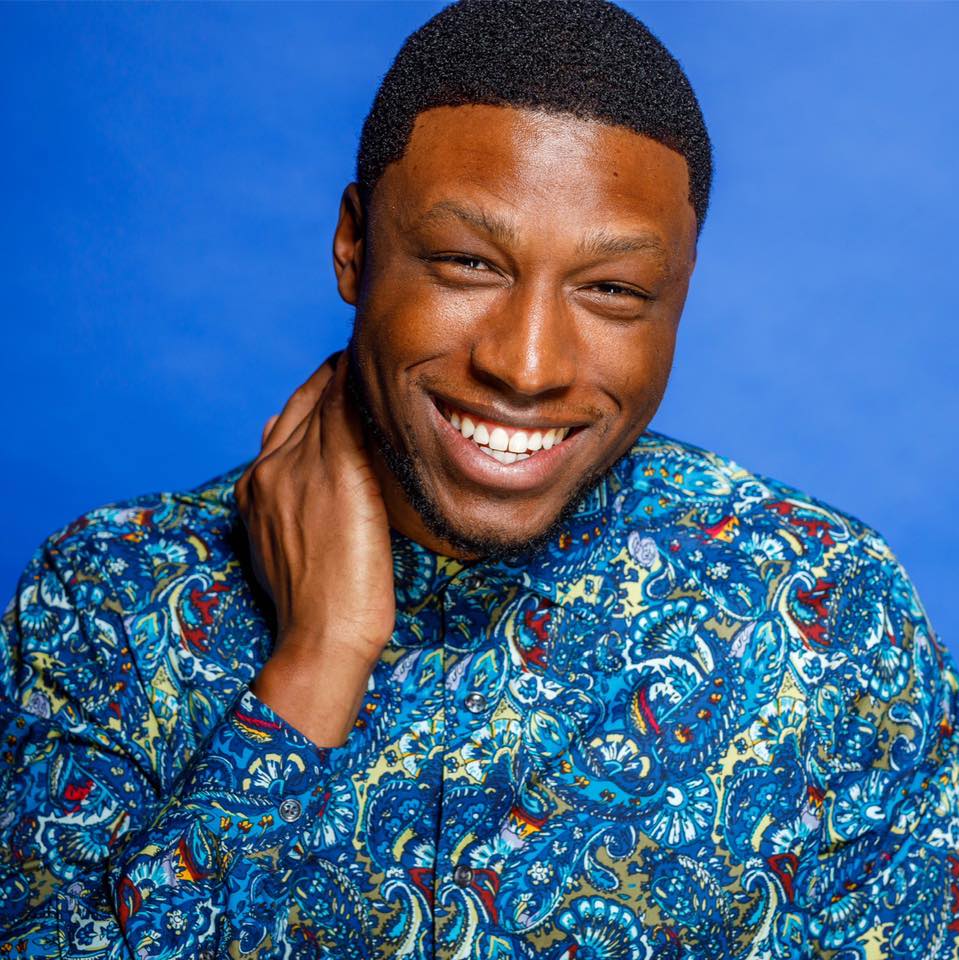 Emorja Roberson is a pianist, conductor, workshop coordinator, composer, arranger and vocalist in world of classical and gospel In 2016, debuted “Let’s Just Praise the Lord” with the South Bend Symphony Orchestra from his project, Rejuvenate Me, with Rejuvenation Gospel Choir January 2017
Roberson graduated from the University of North Florida with a Bachelor of Music degree in Vocal Performance, where he studied with Krzysztof Biernacki As a young artist, he held lead roles in Die Zauberflöte (The Magic Flute), The Consul, The Mikado and La Bohème with the Jacksonville Symphony Orchestra and performed as a soloist in Handel’s Messiah
In October 2016 Robert Kry’s The Dante Project and Mass for the Oppressed by Emerson Eads He has premiered Evelyn Simpson Curenton’s “Sweet Lil Jesus” and was featured as the soloist for JJ Wright’s O Emmanuel with the Notre Dame Children’s Choir In March 2016, Roberson was casted as Duke Frederick in Roger Steptoe’s world-premiere opera of the Shakespeare’s play, “As You Like It”, under the direction of John Apeitos Throughout his experience in the MSM program, Roberson has worked with world-renowned soprano, Deborah Voight, Carla Rae Cook, and vocal coach and pianist, JJ Penna Just recently, Roberson recorded with Grammy Award Winner, Arturo Sandoval, for the NDCC’s Christmas CD, which will be released September 2018
August 2017, Emorja coordinated the Weekend of Worship in DeFuniak Springs, FL for churches of diverse communities, which provided workshops on the liturgical sacred music of the church and the fundamentals of reading music, which concluded with a concert of various genres of music
As of May 2017, Roberson was coined as the first African-American to graduate with a Master of Sacred Music in Vocal Performance from the University of Notre Dame Currently, Roberson is a student of Dr Mark Doerries and is the first African-American student in the Doctor of Musical Arts program to study Choral Conducting with a focus in African-American repertoire  In addition to piloting the Voices of Courage choir at Madison Primary Center, Roberson serves as the Director of Music for Olivet African Methodist Episcopal Church and the Graduate Assistant for the Notre Dame Folk Choir
In October 2018, Emorja recorded his second live project, The Evening Musicale, which has a release date of March 2019
January 2018, Roberson’s compositions, “I Need Your Presence” and “Lord, I Am Grateful” were debuted by the South Bend Symphony Orchestra under the batons of Dr Marvin Curtis and Dr Alastair Willis Roberson was the first place winner for the 2018 American Negro Spirituals competition and performed at Severance Hall in Cleveland, OH In 2019, the South Bend Symphony Orchestra will perform Roberson’s recently recorded, “God Is My Refuge” and “Trust In The Lord” at the Martin Luther King, Jr celebration

Roberson’s personal website and resources can be accessed here

Carolyn Moomaw Chilton writes and blogs as a spiritual discipline... 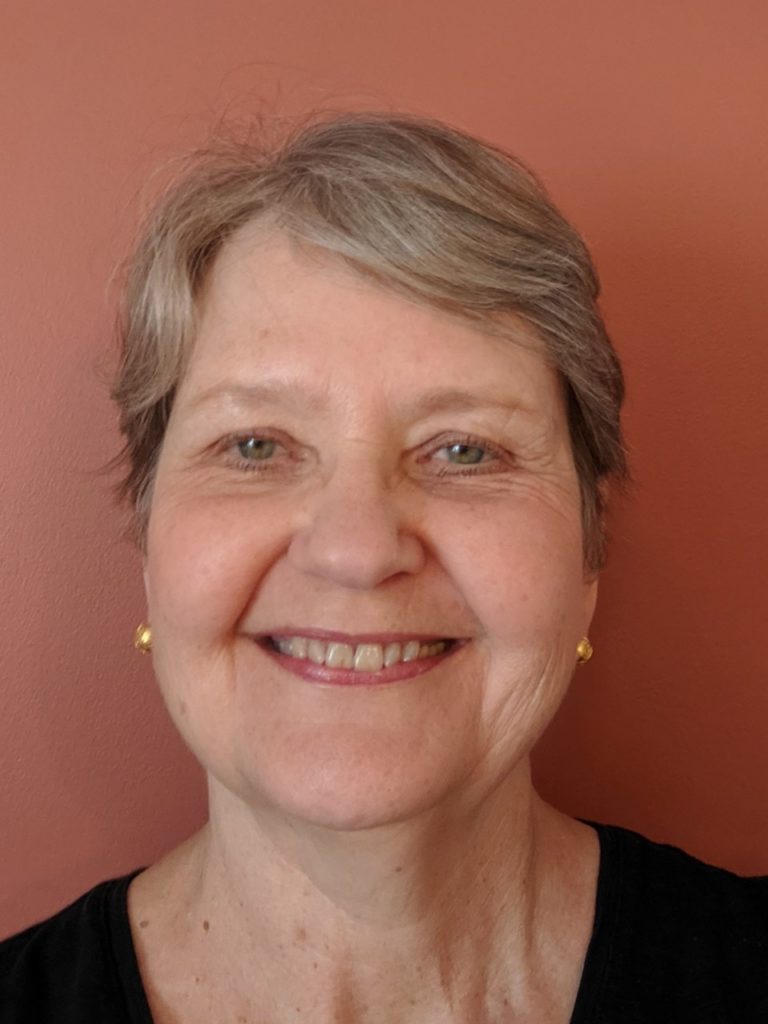 Carolyn Moomaw Chilton writes and blogs as a spiritual discipline and an invitation to conversation with others She a leadership development coach with clergy, clergy spouses and lay employees, as well as a spiritual director She also works as a consultant with churches and vestries in the areas of formation, development and evangelism She can be contacted through wwwepiscopalevangelistcom

Wendell is a composer, choir director, and music educator, with... 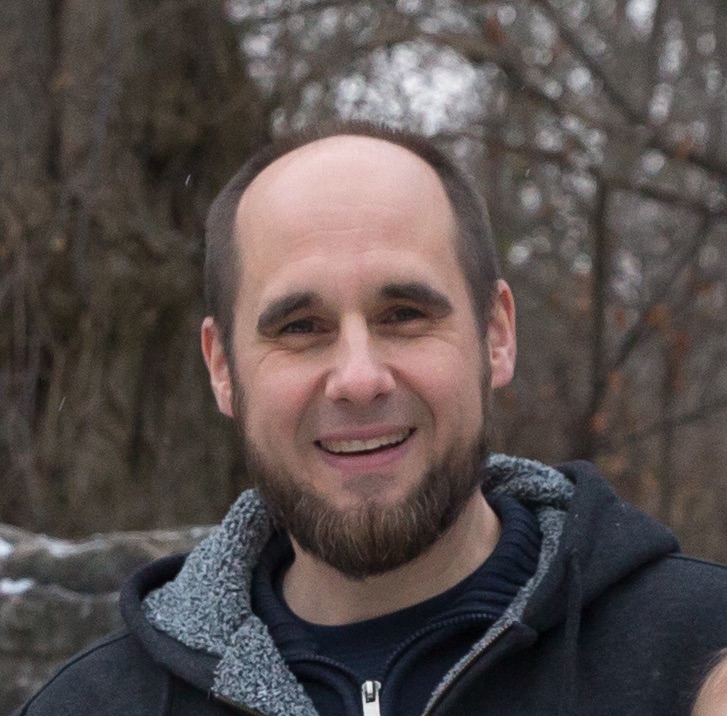 Wendell is a composer, choir director, and music educator, with a particular interest in contemporary hymnody and choral music He holds degrees in music composition from Wilfrid Laurier University (BMus), the University of Toronto (MMus) and Western University (PhD), and is a life member of The Hymn Society in the United States and Canada  Wendell’s compositions and choral arrangements have been performed by middle school, high school, college, community and touring ensembles in more than 20 states and provinces, as well as in Ireland, England, Scotland, Poland and Jamaica  In addition to his music work, he enjoys model trains, tree houses, aviation, rainy days, and life with his best friend Janelle and their four lively children

Min. Rylan Harris is Minister of Worship & Arts at Ray... 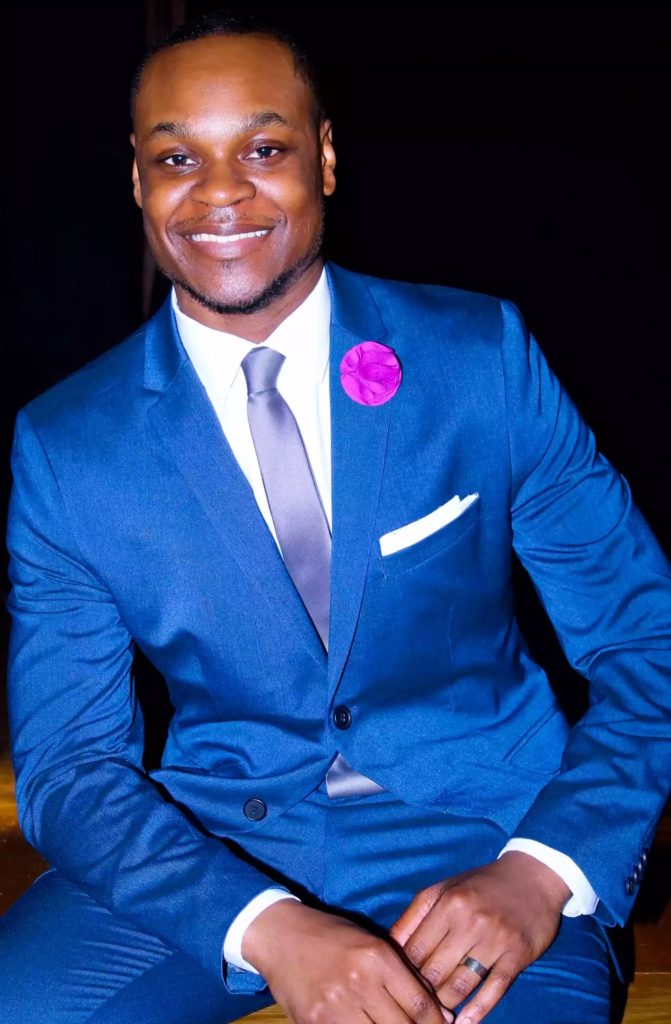 Min Rylan Harris is Minister of Worship & Arts at Ray of Hope Christian Church in Atlanta, Georgia while he pursues a Master of Religious Leadership with a concentration in Music and Worship at Candler School of Theology He is a graduate of Hampton University in Virginia and remains active with the Hampton Ministers Conference each June

Felicia Patton is a lifelong Chicago native and worship leader at Urban... 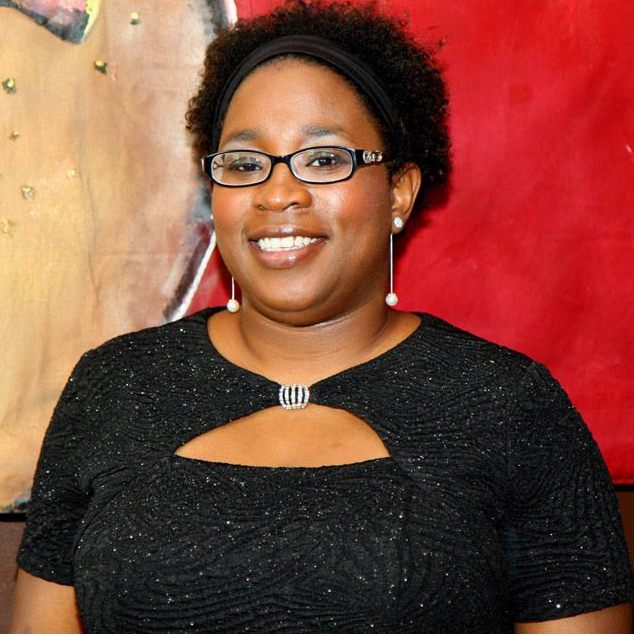 David Bjorlin is a worship pastor at Resurrection Covenant Church... 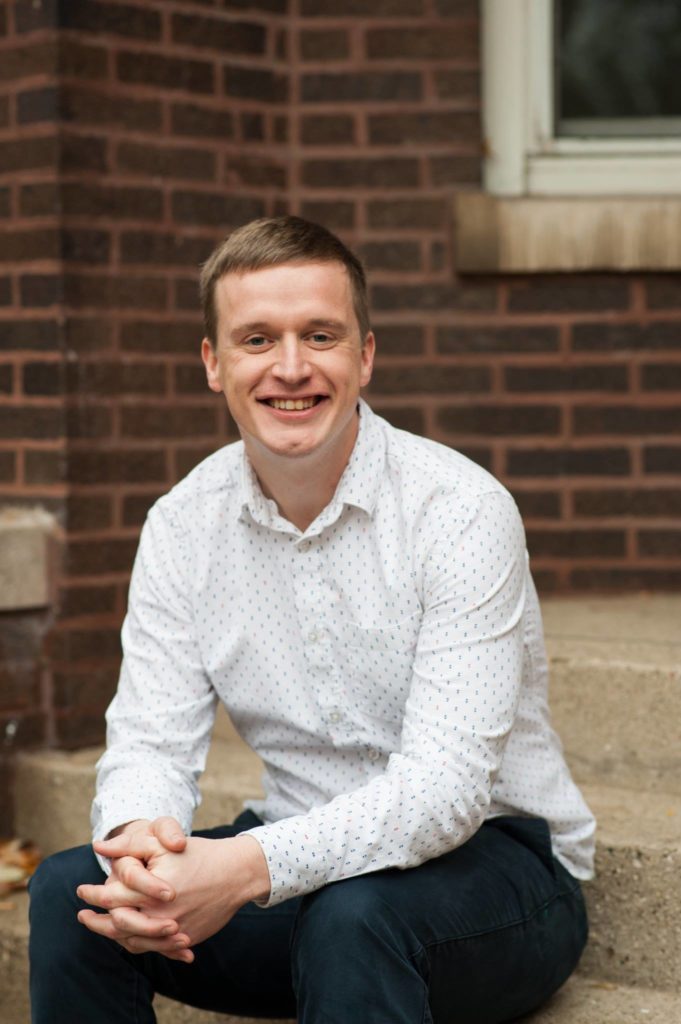 David Bjorlin is a worship pastor at Resurrection Covenant Church (Chicago), a lecturer in worship at North Park Theological Seminary (Chicago), and a hymnwriter 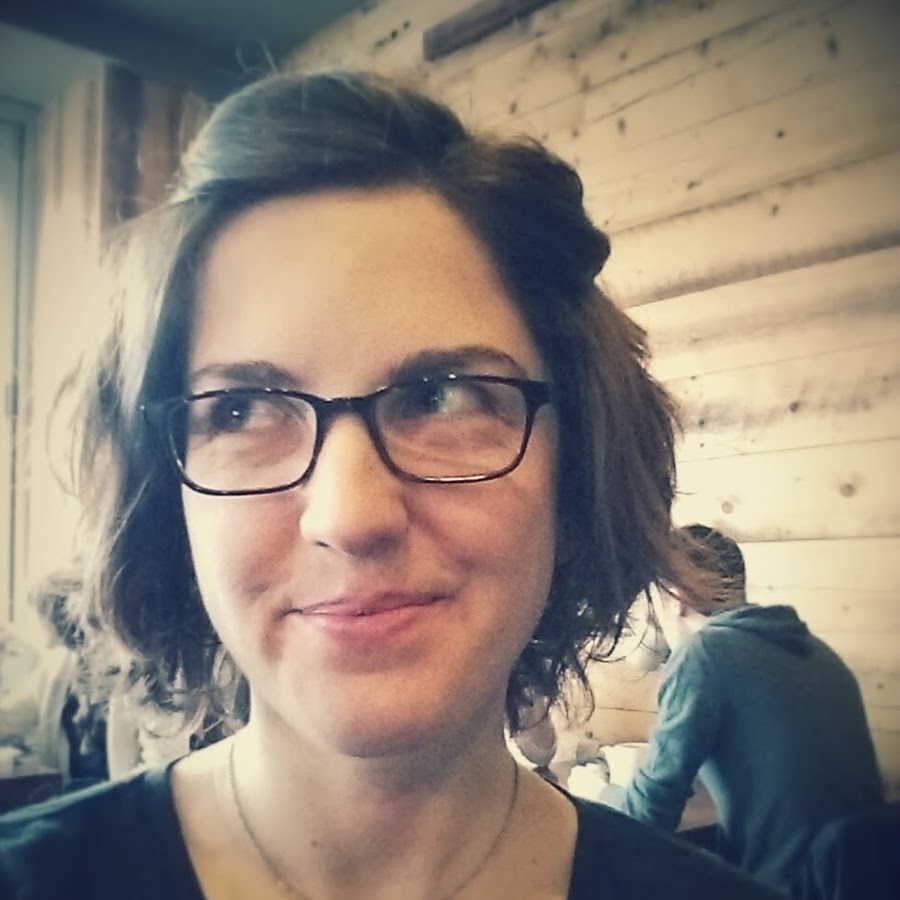 Adam Perez is a doctoral student in liturgical studies at... 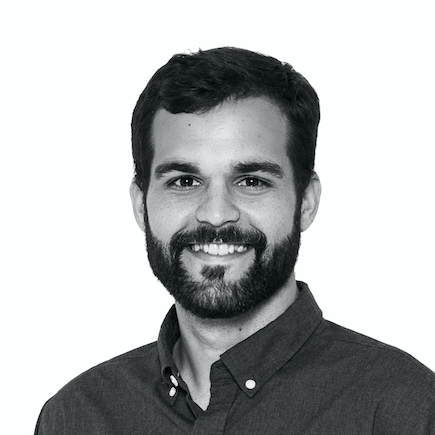 Rosa Cándida Ramírez is the Worship Pastor of La Fuente... 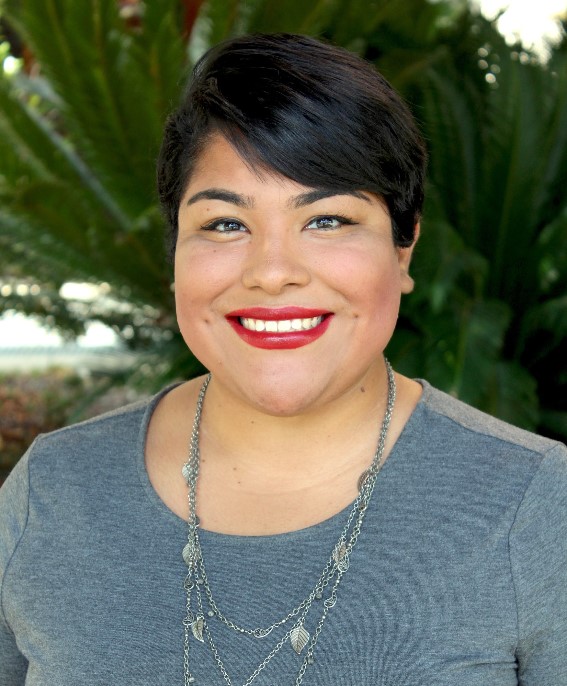 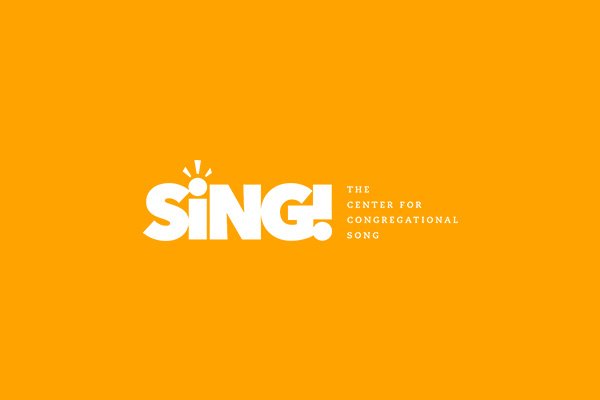 This question recently came in to The Hymn Society staff.   The Question Hi Brian, I’m looking for a congregational song as a response to this coming Sunday’s Micah 6:1-8 […]

An Appeal To Our Clergy Colleagues

Guest blogger Kevin Parks is the Congregation Designated Minister of Music at St. Andrew’s United Church and University Musician at Atlantic School of Theology, both in Halifax, Nova Scotia.  Kevin […] 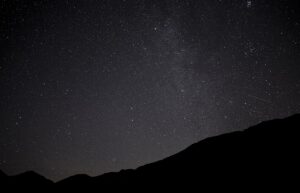 For many years theologians and worship leaders in various circles have been discussing the prevalence of light and darkness imagery found in both the biblical, liturgical, and hymnological language of […] 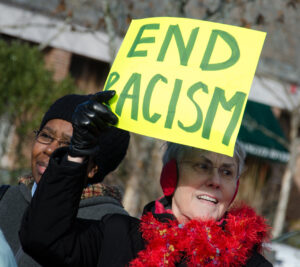 This question recently came in to The Hymn Society staff. It’s a variation on a question we get asked a lot, so I thought it would be a great blog […] 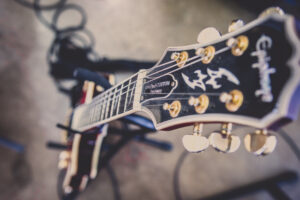 Blogger Brian Hehn is the Director of The Center for Congregational Song.   In a very thoughtful and collegial Facebook Group I’m a part of, a member asked this question: […] 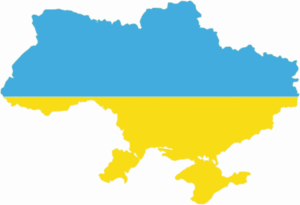 WORDS FOR WORSHIP IN A TIME OF WAR

We are grateful to John Bell and the Wild Goose Resource Group of the Iona Community for sharing this resource with us. Below is the introductory text from the first […] 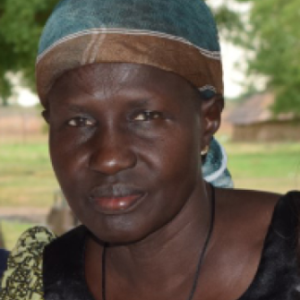 The Charles Wesley of the South Sudan: Mary Aluel Garang

Since the mid-1980s, Mary Aluel Garang’s theologically rich hymns have helped Sudanese Christians maintain faith and hope in God despite decades of war, conflict, and hardship. Her songs are known […] 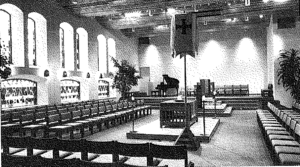 Rebuilding Choir in a COVID World

I am a music teacher and music therapist by training, as well as a church choir director. However, in March of 2020 I found myself with no choir, as I’m […]

An Interview With Lee Anderson of Meek Squad

It was such a joy to become aware of this album and then to get to interview some of the folks who recorded it. For our album review by David […] 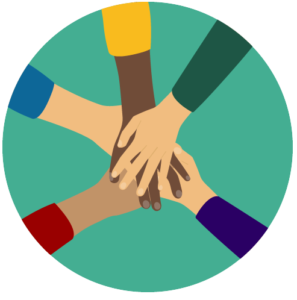 Blogger Brian Hehn is the Director of The Center for Congregational Song.   One of the things I love about my job is that it is my responsibility to find […]