Words, Music, and Surprises in Lent 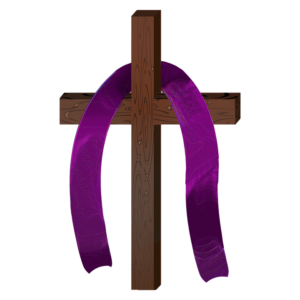 Blogger Ginny Chilton Maxwell is Music Minister at Church of the Ascension in Norfolk, Virginia, where she serves as organist, choirmaster, and elementary music teacher.

Right now we are in the middle of Lent, the season when we take a closer look at our hearts and ask what we need to change to be closer to God. One of the many enjoyable parts of my job as a church musician is being able to sit and read (a re-read, and re-re-read) the words of the songs we sing. I get to savor the beautiful poetry in a way that you can’t while you’re singing it in worship. After reading David Bjorlin’s recent blog on songs and contexts, I became aware of several instances where the hymn I selected clashed with the context in ways I had not anticipated. Below are a few examples involving songs I love, in contexts where they served to divide– either by race, age, or sex– rather than unite us. My hope is that these stories will jog your own memory, get a conversation going, and maybe, in this Lenten season, get us closer to the beloved community God intends for us.

Last month my church’s adult Sunday School class was blessed to have a guest speaker come tell us about her experience in the 1950s, being one of only a few black children to integrate one of the local public high schools. Dr. Patricia Turner (video below) is in her 70s now, and she recalled for us walking alone each morning to school, where she was taunted, spat on, and pushed down the stairs by her white classmates. Some teachers even joined in calling her disparaging nicknames. Despite all this she did quite well in school, eventually earning her doctorate and having a successful career in education. The images from her testimony were still bouncing around in my brain when we began the opening hymn at worship: “Christ is the world’s true light,” with words by George W. Briggs (1875-1959). The second stanza begins this way:

In Christ all races meet, their ancient feuds forgetting.

On the one hand, this is a wonderful sentiment to follow up a Sunday School class on the evils of racism, that there is indeed a shining day when we can give and receive forgiveness for the hurt we have caused. The church where I work, however, is predominantly white, so singing these words after a presentation like that made me think how easy it is for white folks to proclaim we can let go of the past, when we were not the ones pushed down and spat upon. Dr. Turner wasn’t present in worship, but I wonder, how would the hymn have struck her?

In January, in honor of Dr. Martin Luther King, Jr., day, I taught the children in my weekday music classes the song “Ain’t Gonna Let Nobody Turn Me ‘Round,” (video below) a favorite of Dr. King and his friends during the freedom marches of the 1950s and 60s. It’s a rousing song that I love to crank up and sing at the top of my lungs at home when I’m feeling depressed by the headlines of the day. Ain’t gonna let no hatred turn me ‘round! No lying! I launched into it with gusto for the children in my three- to five-year-old class, and I instantly thought to myself how different it feels to sing it with a group this age. “Ms. Ginny, what is hatred?” I imagined them asking. It’s hard to answer that question, since they’re so young. What does a song about hatred and bad people mean to a child? In what way are we shaping their understanding of hatred and our response to it, when we teach them a song like this?

I am a part-time music minister and part-time stay-at-home mother, and I find these two jobs often overlap, since I am keen to bring up my own children to follow Jesus (and be surrounded by music!). In doing some online research recently on how much screen time is appropriate (such a huge topic for parents these days), I came across an article on television consumption and self esteem in children. The study, involving 396 children, concluded that “[T]elevision exposure predicted a decrease in self-esteem for White and Black girls and Black boys, and an increase in self-esteem among White boys.” I can’t say as this was a huge surprise to me, but I guess somewhere in my mind I hoped that the Miles Morales and Moanas of the world had changed this for children of the 21st century. Now I am hyper aware of everything my children consume that consists of mostly white and male characters, which, as I’m sure you know, includes all the beloved children’s Christian songs I sing them each day. “He” rescues me, saves me, loves me…. I don’t begrudge Jesus for being male any more than I begrudge Spider Man, but at some point, clearly the focus on men, especially white men, is causing harm. Where do we go from here?

Those were three examples of ways beloved songs can worsen our divisions, but there are positive surprises in my work as well. On Ash Wednesday this year, for instance, my adult choir sang “Dust and Ashes,” with music by David Haas and words by Brian Wren (1989).

Dust and ashes soil our hands–greed of market, pride of nation.

as we pray and struggle through the meshes of oppression.

This will be the second time we’ve sung this together and we have to laugh every time because it’s so difficult to spit out all the words. Try saying “meshes of oppression” ten times fast! It’s difficult to sing at first because you don’t expect words like that in a piece of music for church. When is the last time you heard the phrase “greed of market” in a song? It jumps out at you all the more because it’s sung. The music gives the phrase more power; it allows it to pierce the heart in a way that isn’t possible when it’s just spoken. What was at first a funny tongue-twister for the singers eventually became something to really ponder, I think.

Sometimes I worry that all the “he’s,” the children I’m potentially disturbing by singing about segregation, and the casual mentions of racial harmony are too much for me to sift through as just one little church musician/mother. The “Dust and Ashes” example gives me hope that our communities are bending toward justice, in spite of our setbacks. When our hearts are moved, hopefully we will then be moved to repentance and action. That’s exactly what we need to be doing in Lent. Thank goodness for words, music, and surprises: the good and the bad!

One thought on “Words, Music, and Surprises in Lent”