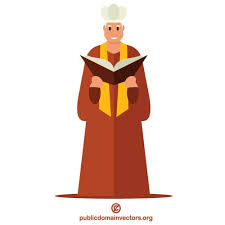 While I am not personally Roman Catholic, I have spent and continue to spend a lot of my time in Roman Catholic spaces, with Roman Catholic musicians, and leading song within/from/of the Roman Catholic church. There are scholars and professionals within the Roman Catholic Church who have found their life’s calling studying and leading Roman Catholic song, and from them you can find much more thorough analyses than what I could ever hope to provide ( like Sister Judith Kubicki, CSSF or Father Anthony Ruff, OSB). However, over the last decade I’ve seen a spectrum play out that I thought would be helpful to name. At the heart of this spectrum of song is somewhat of a “which came first, the chicken or the egg” question. Do churches that have certain instrumentations tend towards certain song styles, or do churches that prefer certain song styles tend towards certain instrumentation? I’m not sure the answer matters.

So here’s the spectrum.

The bottom of the timeline contains the various instrumentations I’m aware of being used in Roman Catholic churches. On the left is a band with plugged-in instruments. That means a guitar that requires a DI box (or a fully electric guitar), microphones for instrumentalists, an electronic keyboard with various synth abilities, an electric bass, etc…and in order to get this group to sound good it requires a sound system with a mixer. On the right of the spectrum is a cappella singing. Interestingly this spectrum also represents a historical timeline with the a cappella singing tradition being the oldest and the “plugged in” band instrumentation being the newest to find its way into the church’s song.

Here are some songs/composer examples you might see in each category. These are just examples and is certainly not a thorough or exhaustive list.

Each category of song is originally conceptualized/designed for a certain type of instrumentation. In my experience, churches that use an organ are much more likely to sing a strophic hymn or chant than they are to sing “Open the Eyes of My Heart.” Likewise, churches that have plugged-in praise bands are less likely to sing songs by Haas/Haugen but even less likely than that to sing strophic hymnody like “Great Is Thy Faithfulness.” And then, of course, are the churches that sit in the middle with a folk ensemble of some kind (not plugged in or mic’d but with all acoustic instruments). These groups are much more likely to singing songs by Marty Haugen, David Haas, etc…than songs by Matt Maher or chant.

Of course, that doesn’t mean a particular song/hymn/chant can’t be done by other instrumentations, but the further away on the spectrum you cross, the more difficult it becomes to do that type of song successfully. To take a CCM song and do it successfully on organ, for instance, it takes much more planning, arranging, thoughtfulness, and skill than doing “Great Is Thy Faithfulness” on organ. Likewise, it takes much more time, effort, and skill to pull of singing “Great Is Thy Faithfulness” with a praise band than leading it with an organ. That is why I’ve found the middle instrumentation has the greatest capacity to sing the widest variety of song styles because they don’t have as far to go to get to either extreme of the spectrum.

There’s room at the table for a huge variety of song and instrumentations. Let’s embrace variety but do it smartly. Play to your congregation’s strengths and form your identity. Don’t shy away from what you’re good at or called to sing, live into it. And for those of you who are lucky enough to have a band who can rock strophic hymns, an organist who can play CCM, or any other talented musician who can adeptly cross genre & instrumentation boundaries, I say congratulations, you’re in the minority. For those who are training the next generation of parish musicians, your goal should be to produce musicians who can function on the spectrum as widely as possible.

Author Brian Hehn is the director of The Center for Congregational Song.