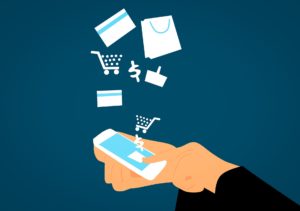 In David Foster Wallace’s now famous commencement address at Kenyon College in 2005, he began, after the briefest of introductions, with what he termed a “didactic little parable-ish stor[y]”:

The moral of the story isn’t anything we don’t already know: many of our most basic realities are so pervasive that it is nearly impossible for us to distance ourselves from them long enough to objectively evaluate them. Like the fish, these realities are the very waters we swim in, and we rarely notice how they fundamentally shape the environments we inhabit, the choices we make, and the lives that we live.

While there are countless realities that influence us, I would argue that perhaps the most all-encompassing and least-recognized force in our lives is consumerism. Here are a few gruesome statistics to illustrate my point: U.S. citizens make up 4% of the world’s population and consumes 25% of the world’s resources, waste almost 40% of the food we buy, and live in houses that are almost twice as large as they were in the 1950s—while 1 in 10 people still rent storage units for all the things they own.

Perhaps at this point you’re checking to see that you are indeed reading a blog dedicated to congregational song, but because these are the waters we swim in, I believe consumerism influences every aspect of our life—-including the church’s song. While there are surely countless ways consumerism impacts congregational song, I would like to explore just a couple of them over my next two blog posts. Today, I will examine the near-monopoly on the CCLI Top 100 list and how this too often leads to a homogenous song. My next post will look at the concept of planned obsolescence and how it relates to the life-cycle and production of the modern praise song.

Monopolies and the CCLI Top 100

As many readers of this blog no doubt know, Christian Copyright Licensing International (CCLI) is the largest copyright licensing company for (mostly) contemporary praise and worship music. This is how it works: churches buy licenses to use songs covered under CCLI and report the songs they have used over a six-month reporting period. Then, CCLI distributes royalties to the songs’ copyright holders based on the reporting percentages. One of the famous features of CCLI is the Top 100 list of the most-reported songs, serving as a gauge for the most popular CCLI songs sung by congregations who use the licensing service. Because it purports to be a repository of the most frequently sung songs at any given moment, the Top 100 list is often used by worship leaders to find new material for their congregation. In addition, many liturgical theologians have used the list as a starting point to study the sung theology of certain segments of the church.

I believe consumerism influences every aspect of our life—-including the church’s song.

Recently, I saw the list in a different light when a colleague told me that a huge percentage of songs on the CCLI Top 100 were administered* by two companies. Thinking that he was perhaps exaggerating, I decided to take a look at the numbers myself this past May. Of the 100 songs on the CCLI list, eighty-one are administered,* at least partially, by just two companies: Capitol Records (71) and/or Bethel (14).[1] Further, only ten songs are not administered by Capitol, Bethel, or Essential Music (a subsidiary of Sony). Obviously, my colleague was not exaggerating; there is something resembling a monopoly in contemporary praise and worship music.

Why Does This Matter?

Why does this matter? Surely, bigger companies can produce a high-quality product and streamline distribution in ways that help the average worship leader access and use resources. Yet, I believe there are a few implications on congregational song that should at least give worship leaders and planners pause in using the list uncritically. At the most basic level, monopolies are usually not in the interest of the general public because it eliminates competition and allows a company to set artificially high prices while also reducing the quality of the product. While larger than the scope of a blog post, it is worth asking whether price or quality of congregational song is impacted by this sort of monopoly.

However, to my mind the larger issue with this pseudo-monopoly is the fairly homogenous group of songs—ethnically and theologically—that end up comprising the list. Ethnically, much of the music that falls outside of white evangelical traditions is not covered by CCLI, and therefore not even eligible for the list. For example, besides the rare artist signed to major Christian record labels (e.g., Israel Houghton’s long-time relationship with Integrity), most black Gospel music is not covered by CCLI (which in turn has led to systemic inequities in distributing royalties, as many churches continue to use these gospel songs assuming they are covered by CCLI). This creates a fairly white list that perpetuates songwriting and marketing strategies that will continue to target white audiences, which is further exacerbated by a lack of competition created by a monopoly. Especially for those worship leaders seeking to better represent the diversity of the global church in their local contexts, the CCLI Top 100 is of limited value.

Ethnically, much of the music that falls outside of white evangelical traditions is not covered by CCLI, and therefore not even eligible for the list…This creates a fairly white list that perpetuates songwriting and marketing strategies that will continue to target white audiences.

Further, songs on the CCLI Top 100 are largely written by, and marketed to, (white) charismatic-leaning evangelical traditions with a more conservative theological worldview. Obviously, that isn’t to discount these songs completely. There is a place for many different expressions of style and even theology in our churches. Yet, for those congregations who wish to expand liturgical and theological mindsets beyond charismatic worship expressions, male God-language (e.g., King, Lord, Father) or substitutionary atonement theologies alone, the list again is of limited use. Further, for a monopoly, there is little incentive to widen the theological net, particularly if, like Bethel, you are tied to a specific conservative charismatic expression of faith.

Breaking Up The Monopoly

While this may come across as an attack on CCLI, this is not my intent. The church and school where I work are both CCLI copyright holders, and I do use the Top 100 list on occasion. However, as someone who is interested in the diversification of congregational song, I do not believe it is in the best interest of the vast majority of churches for two companies to hold so much sway over a particular segment of congregational song. As someone who does not even pretend to be business savvy, I do not have any advice on how the CCLI Top 100 monopoly can be broken up, but I do have a few suggestions for those who plan and lead congregational song:

In this way, we can help assure that the songs we sing are not what a company or market forces make us sing, but are chosen to best represent the community we are and would like to be.

[1] Several songs were co-administered by Capitol and Bethel.

*The original post used the word “owned” instead of “administered,” which has since been corrected for accuracy.

12 thoughts on “Consumerism and Congregational Song”