QUESTIONS FOR THE DIRECTOR: 25 Women Song-Writers You Should Know 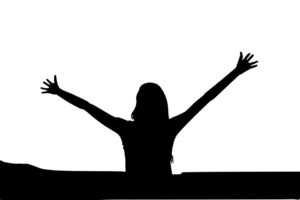 Blogger Brian Hehn is the director of The Center for Congregational Song.

As the director of The Center for Congregational Song, I’m often asked questions for which I don’t know the answer. There’s usually one of two reasons for me not knowing the answer. First, I’m only one person with limited knowledge and experience. The answer is out there and I just don’t know about it. One of the advantages of my position (and a benefit of serving an organization like The Hymn Society) is that when I don’t know an answer, I often know somebody who does! The other reason I might not know the answer to a question is that there isn’t a singular answer. Music ministry and congregational song is often so contextual and/or multifaceted that one person’s answer can be another person’s mistake. My simple hope for this series of columns entitled “Questions for the Director,” is that my answers will be helpful beyond the individual who originally asked.

We are currently working on a hymnal for our denomination and we have noticed that the list of contributors for the CCM/Praise-and-Worship music we’ve selected is overwhelmingly by white males. Can you point us to songs written for praise bands and or in the style of Contemporary Worship Music that are written by women?

I’m so glad you’ve reached out and am encouraged by your intentionality as you develop your new hymnal. Representation matters! I’ve reached out to friends and colleagues to crowd-source my response below. I hope you find it helpful. Each artist/band is given a simple 1 to 2-sentence description. If I’m aware of a particular song that I think is particularly good for congregational singing or representative of their style, I’ve linked to it as an example of each artist’s work. But don’t let the first example stop you from exploring the rest that each artist has to offer. I offer this list (in no particular order) as a conversation starter, not as a definitive list.

2 thoughts on “QUESTIONS FOR THE DIRECTOR: 25 Women Song-Writers You Should Know”