For this blog, it’s an honor to have our friend Marissa Glynias Moore as a guest writer. You may recognize Marissa’s name as the 2016 winner of The Hymn Society’s Emerging Scholars Forum. Marissa is now in the last months of her doctoral dissertation in ethnomusicology at Yale University, and her work looks at what is happening when White, North American mainline Protestant congregations sing so-called “global songs” in corporate worship. I’ve asked Marissa to share with us how the last few years of scholarly research in congregations across the country has affected her own personal perspectives on music in worship.

Most scholars would likely agree that doing in-depth research changes their perspectives on a given topic. But even I have been surprised by how my work on “global song,” a repertoire of non-Western music currently sung by mainline Protestants and Catholics in the United States, has transformed the way I think about the role of music in the church, and the power of communally singing repertoires that promote critical engagement with contemporary global issues. 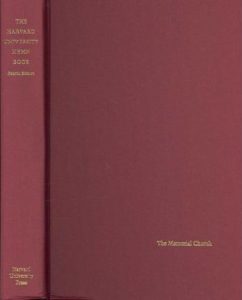 I was first introduced to the repertoire I study through performance. As a first-year graduate student, I began to sing in the choir of the University Church in Yale, a non-denominational congregation of students and community members that worships in Battell Chapel at the center of Yale’s campus. In joining Battell’s choir, I hoped to recreate the experiences I had so enjoyed as an undergraduate at the university church: performing high-level choral music while also participating in lively and congregationally-grounded worship. My college church experience introduced me to hymns for the first time, providing me with communal singing experiences that had been missing from my upbringing in the Greek Orthodox faith. I grew to love the Protestant hymnody found in the Harvard University Hymn Book, finding myself spiritually and musically transformed by the soaring melody of san rocco, the steadfast encouragement of cwm rhondda, and the triumphant celebration of victory.

But within my first weeks at Battell, I began to notice a shift in congregational repertoire compared to that of my college church. We rarely sang the hymns that had become dear to me; instead, we were more likely to be singing an Alleluia from Peru or a South African anti-apartheid “freedom song.” While I was curious about this unfamiliar genre of congregational music, the practice itself made me decidedly uncomfortable as I looked around the space: why were we, a bunch of predominantly white American college and graduate students, singing world music? Did we have the right to sing this music? Hadn’t my training as an ethnomusicologist prepared me to vehemently critique such a practice as a manifestation of appropriation?

My reaction to the practice of singing global song is not an uncommon one for congregants when they are first introduced to the repertoire, and is an even more widespread response among individuals outside of these communities. In a cultural moment where the discourse around cultural appropriation plays such a prominent role in the public sphere, attempts of cross-cultural engagement undertaken by white Americans are viewed skeptically, and for good reason, considering the long history of musical appropriation of marginalized groups.

roughout my research for my dissertation, I’ve seen that singing global song is not reducible to cultural appropriation, and in fact, accomplishes something quite profound for many people who sing it on a monthly or weekly basis in liturgies around the United States. Singing global song acts as measure of hospitality, not only to literally welcome global Christians into the space, but also to open the hearts of current congregants to understanding their role as equal brothers and sisters in Christ. Many people I’ve spoken to—including church leaders and congregants alike—think about global song as a way to address histories of Western dominance, and to recognize that Christianity is much broader than the way Americans worship. Rather than considering songs like “Halle Halle” or “Salaam Aleikum” as purely fun exercises in new musical repertoires, singers engage with these songs in order to imagine the global body of Christ beyond their congregations, making space for Christians within local American spaces regardless of where they come from.

The activist angle of global song practice has also allowed it to fill a distinct need in the current political climate, providing a way for congregations to sing in support of Christian brothers and sisters who are experiencing turmoil, both around the world and within our own communities. Collections like the Hymn Society’s “Singing Welcome: Hymns and Songs of Hospitality to Refugees and Immigrants” published after the administration’s restrictive immigration politics in 2017, or even singing a Haitian Kyrie in response to the president’s distasteful comments this week 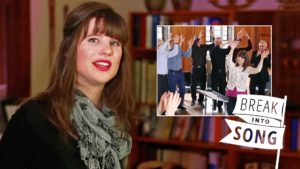 (as Hilary Donaldson led at Eastminster United Church in Toronto), are examples of hospitality in action, continuing to uphold the original intentions of the repertoire’s inclusion into American congregations.

This is not to say that global song practice is a perfect corrective to Western histories of imperialism, or that it always has the ability to accomplish the activist agendas it has the potential to address. However, as an ethnomusicologist, my task is to “know people making music,” as scholar Jeff Todd Titon once said, or to identify how singers experience this music in their own terms. My analysis of global song and what it means for Christians in the United States therefore depends on the conversations I have been lucky enough to have with practitioners, including many members of The Hymn Society, in addition to congregants at Arapaho United Methodist Church in Richardson, Texas, and St. Gregory of Nyssa Episcopal Church in San Francisco, California. For my conversation partners, singing global song has opened up their understanding of Christianity, acting as a first step toward addressing issues of injustice in their local contexts. I feel blessed that these people have shared their faith journeys with me, as it has led to some incredible conversations about the importance of singing in church together, not only for our personal enjoyment, but to strengthen the body of Christ around the world. 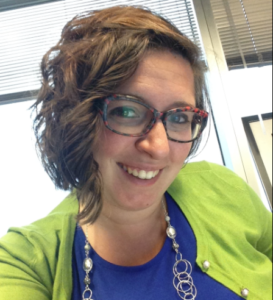 Marissa Glynias Moore is a doctoral candidate in ethnomusicology at Yale University, New Haven, CT where she also teaches undergraduates in the music department. Marissa lives in Brooklyn, NY.