When the Mountaintop Experience Isn’t Enough

It can be a difficult time to be happy in our world. I could run through the list of reasons, but I think most people do not need a reminder that we are living in fraught times. As someone not naturally given over to optimism or cheerfulness, I’ve been trying to cultivate in myself a habit of gratitude and thankfulness as an antidote to the fear and anxiety that is swirling around us.

So, one of my latest practices has been listening to The Happiness Lab, a podcast from Yale Psychologist Laurie Santos about what the latest scientific research says will make us objectively happier human beings. Often, what will make us happier seems at first glance counterintuitive. For example, while many people dread small talk on the subway, research has found that these small social interactions with strangers throughout our day actually make us happier (So take those headphones off in public once in a while!).

In one of the early episodes, Santos explains a concept that many of us have probably never heard of but most have experienced: hedonic adaptation. From the Greek word for pleasure, hedonic adaptation is the idea that humans will quickly adapt to good (or bad) fortune in their lives in order to return to the relative stasis they knew before. So, we mistakenly believe that once we get married, land our dream job, take that vacation, or make our first million, then we will be happy. However, for those of us who have achieved one of these goals, we find that after the initial luster wears off, we basically return to how we felt before our success. We have hedonically adapted. Instead of asking whether we are playing an unwinnable game, most of us set a new and bigger goal and believe the next success will be the one that finally brings happiness. Like a drug fix, we keep needing bigger and bigger doses of success to feel fulfilled for shorter and shorter periods of time. The antidote, Santos suggests, is to get off the “hedonic treadmill” and find gratitude in the present moment.

Before jumping into what hedonic adaptation has to do with congregational song, I think it’s helpful to ask how this concept can help us think about worship more generally. Namely, I believe an understanding of hedonic adaptation can help pastors, worship leaders, and planners avoid the trap of needing to make each Sunday, each series, each feast day bigger and better than the one before it. We’ve all experienced this, right? A series or a season goes really well, and immediately the question becomes, “How can we make the next one even better?” 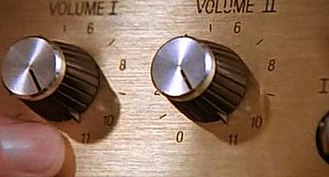 So, like the guitar amp in This Is Spinal Tap, we grow accustomed to a 10, so we try to turn the next service up to 11. Hedonic adaptation tells us that this is a losing game. When every Sunday has to be a mountaintop experience, we have to keep elevating the mountain to give worshipers the same emotional experience. From what I have observed, this tends to lead to an insatiable congregation and a burnt out pastoral staff.

To me, this is one of the greatest gifts of the Church Year. Yes, we have our great feasts and fasts, but we also have that long stretch of the calendar known as Ordinary Time. Now, I know that “Ordinary” does not mean mundane—it comes from “ordinal,” simply meaning “counted”— but I believe we in the church need to reclaim Ordinary Time in all of its ordinariness. If we think of the other seasons and feasts as the inhale of our worship, this might be the exhale, where in a culture of frenetic work and consumption, we learn the wisdom of rest and lying fallow and conserving time and energy. And for those churches that do not follow the Church Year, perhaps hedonic adaptation suggests that we need to be intentional about planning seasons of rest into the rhythm of the church. For not only does embracing the mundane and ordinary help us to find God in those places where most of us live the majority of our lives, it also allows the special seasons and feasts to retain their peaks of wonder and awe.

Just as we sometimes attempt to scale newer and larger heights in our worship services, so too we often are tempted to create endless mountaintop experiences in our congregational song. This is a subtle temptation because it often starts with giving appropriate attention to the shape and flow and dynamic contrasts of the music that help to give the song that same shape and flow and dynamism. Yet, slowly this care can shift into believing that we manufacture an encounter with God through creating musical mountaintop experiences, and soon we are back on the hedonic treadmill.

And this temptation knows no bounds of style or genre. In styles influenced by contemporary worship music (CWM), this sometimes can be seen in the necessity of every set or every song starting softly and simply and slowly building to a climactic climax or catharsis, with every instrument and voice set to fortissimo and the worship environment pulsing with smoke and lights. In more traditional services, the virtuosity and power of the organ or choir can occasionally drown out the voice of the congregation, as the haze of the smoke machine is replaced by the smoke of the thurible. In both, the song structure is often visualized consciously or unconsciously as an ascent to the mountaintop.

Not Height, But Depth

Perhaps one possible remedy to this problem of hedonic adaptation in both worship and congregational song is to use other spatial metaphors for worship. What if we are not always moving to the heights of ecstasy but also to the depths of being, not inhaling to climb higher but exhaling to sink deeper into God’s embrace? In Arthur Green’s Seek My Face: A Jewish Mystical Theology, he suggests just such a proposition for a new way of understanding spirituality:

The Torah tells us that our early ancestors were diggers of wells. Suppose we try to reach for the understanding that flowed as water from the depths of Abraham’s well, rather, for the moment, than the one that came down from the top of Moses’ mountain. This journey inward would be one that peels off layer after layer of externals, striving ever for the inward truth, rather than one that consists of climbing rung after rung, reaching ever and ever higher. Spiritual growth, in this metaphor, is a matter of uncovering new depths rather than attaining new heights.[1]

Perhaps leaders and planners of worship and congregational song could also think about worship and song as a movement toward depth rather than height. If I think about this movement in my own worship planning and song leading, I think it might call for:

The purpose of expanding our spatial metaphors for worship is not to rid our communities of mountaintop experiences in worship or song (God forbid!). Rather, it is perhaps one way to avoid hedonic adaptation that ultimately becomes unsatisfied with a God of the plains, the silences, the ordinary moments, and if we cannot find God in those moments, we will miss God in the majority of our lives that are usually lived far from the summit. So, let our worship help congregations find God in both Eastertide and Ordinary Time, in the ecstasy and the stillness, in the heights and the depths.