Guest blogger Anneli Loepp Thiessen is an active song leader, researcher, classical musician, and music educator. She is pursuing a PhD in Interdisciplinary Music Research at the University of Ottawa where she received her Masters of Music in Piano Performance.

In the fall of 2019, a group of women songwriters, poets, speakers, and storytellers began gathering in Nashville. Among those gathered were some of the church’s leaders of worship music: Christy Nockels, Leslie Jordan, Sandra McCracken, and Ellie Holcomb, to name a few. These writers set out to build community while diving into stories of biblical women. They read the accounts of women from Scripture, and imagined the details that weren’t included in the stories until they embodied them as their own. 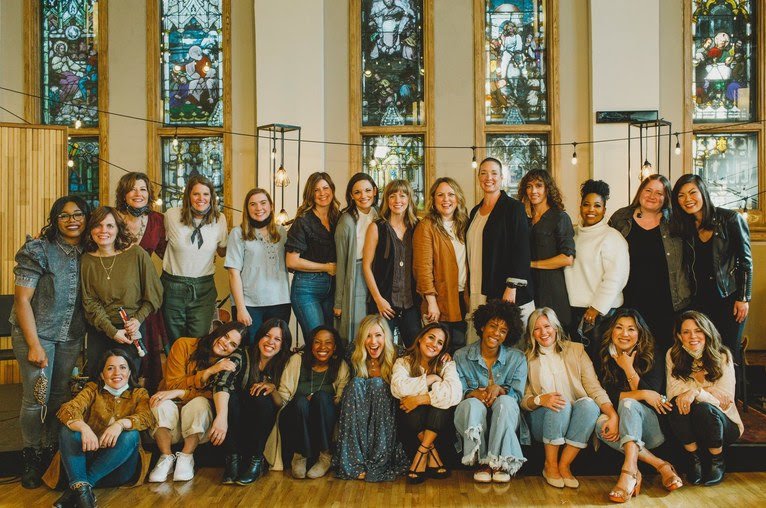 The gatherings came to be called the Faithful Project, resulting in a full length album, accompanying book, and live-streamed launch concert in Nashville, all of which have become available in the past few weeks. In the concert, the women embodied the fullness of God’s reign: many ages, races, abilities, sizes, and backgrounds worshipping with vigour, conviction, tenderness, and compassion. They enacted many roles, some of which are less common for women: percussionists, guitarists, bass players, and visual artists. Some in dresses and some in jeans, they were united in their love of God and their desire to enliven the stories of biblical women.

In her introduction to the book, Amy Grant writes,

If it is true that we are surrounded by a great cloud of unseen witnesses, I imagine several of our female ancestors elbowing their way to the front of the circle shouting, ‘Girls, you don’t know the half of it! But we tried.’

By focusing on the stories of biblical women, the songwriters brought new voices into our contemporary worship repertoire; although these women from scripture are not living, their voices are fresh. And embodied by the Faithful Project, they are a powerful testament to God’s faithfulness. 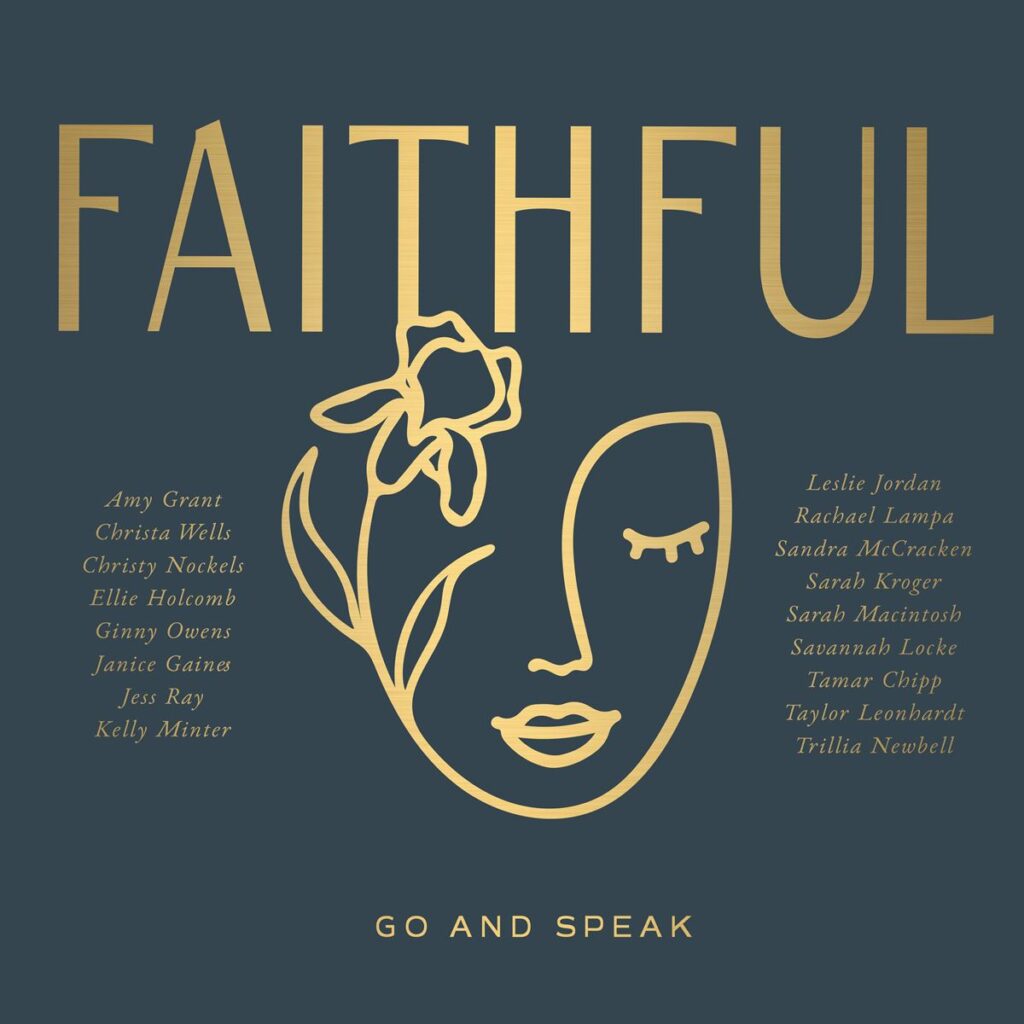 Each song in the album is based on the story of a biblical woman, and chapters of the Faithful book offer corresponding reflections on these characters. The book describes the writing process, and the accompanying realization that while songwriters often write in groups, rarely are they groups of women. Further, it is even rarer for biblical scholars to be part of the process. The unique act of engaging poets, speakers, and writers in the songwriting process led to profound depth and clarity in the songs that emerged.

While all of the songs on the album offer profound gifts to congregational singing, I want to highlight several with unique messages that I think are particularly accessible for congregations musically, textually, and instrumentally.

Song – At This Very Time

The second song on the album, “At This Very Time,” based on the story of Jehosheba, from II Kings 11:2 and II Chronicles 22:11, is an assurance that nothing is too hard for God who is steadfast. As songwriter Sandra McCracken noted in the launch concert, it is a message we need to hear over and over again, every day. This upbeat song is a declaration of praise with a catchy instrumental riff that ties the song together. It is easy to move to this song: the chorus demands offbeat clapping or a strong percussive emphasis. As its placement in the album suggests, it works well as an opening song, gathering in God’s children to praise.

“Holy Place,” based on the story of Hannah, is a song about God’s devotion when life feels unfair. In her chapter on Hannah in the Faithful book, Ginny Owens describes some of the obstacles she faced when growing up blind, and the transformation that took place when she brought her challenges to God. She writes, “I began to change though my circumstances were the same. Like Hannah, my heart slowly rose above [the challenges] in a chorus of courage.” The song “Holy Place” calls worshippers closer to God, in a reminder of God’s constant presence, especially in times of struggle. The song is comfortably led by guitar, the chorus inviting vocal harmonies. I dare you not to smile as you sing or strum the phrase “Lead us by the hand,” it is abundantly catchy.

Song – We Are One

“We Are One” is perhaps the album’s greatest offering to the church’s worship, offering a call for radical oneness. In her introduction to the song at the launch concert, Ellie Holcomb described how Jesus draws us together: “… I love what Jesus does. He breaks down the boundary lines, he goes across borders, and he brings us all together. And when we come together, in Christ, who brings us all together as one, telling all our different stories, we shine in a way that we could never shine on our own…” The chorus proclaims that “We are all sisters and brothers, at the feast of our Father’s love.” Holcomb notes that the song was designed to be accessible and easy to sing, goals that were achieved through a catchy melody and simple structure, with harmonies easily improvised. The invitational and uniting lyrics make it an appropriate choice for gathering or communion.

Faithful Witnesses To The Resurrection

In the conclusion of the book, the Faithful team recalls that when Jesus rose from the dead, he appeared first to Mary Magdalene, and he asked her to go and speak of what she had seen. They continue: “We don’t believe that Jesus has stopped asking women, His friends, to speak of what they have seen.” The refrain of the first song of the album, and the message of the whole project, is to go, and speak. As we explore the Faithful project and sing the songs from the album, may the girls and women of our communities be empowered, too, to go and speak: as songwriters, worship leaders, poets, sound technicians, instrumentalists, preachers, drummers, producers, and artists. We are one.