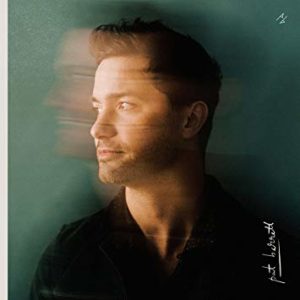 You have probably heard Pat Barrett’s songs, if you have any exposure to Christian radio. This self-titled album is his first solo release, however. Barrett is a frequent cowriter, with previous songs appearing on the Housefires albums. He is also the author of the popular song covered by Chris Tomlin, “Good Good Father.” After that song’s success in 2017, Tomlin signed Barrett to a new Tomlin-produced imprint on Capital Records. This album is the first release on that imprint. Barrett’s songs work well in charismatic worship contexts, with a focus on the Holy Spirit, extended extemporaneous sections in songs, and personal/colloquial lyrics. He frequently collaborates with the Bethel songwriters, who operate from a charismatic theological context.

Barrett’s smooth tenor voice and acoustic guitar-driven songs are very much at home in the “worship” genre of popular music. There are a few moments in this album when guest musicians or guest vocalists add layers of complexity, but otherwise this album is firmly resting on the simplicity of Barrett’s voice and guitar. Cowriters on this album include Daniel Bashta, Aaron Keyes, Ed Cash, and Matt Redman, with guest vocals by Steffany Gretzinger and Amanda Cook (from Bethel). There is not much chordal complexity, so songs should be adaptable to many contexts, whether a church has a full band or simply a piano or guitar to undergird singing. Melodic rhythms are a bit more complex, as they reflect more conversational language, but can be learned with the repetition that is characteristic of these songs. Lyrically, the themes vary between a focus on individual worship and God as the object of worship. This reflects another element that is resonant with charismatic congregational singing. Notable songs include “God is So Good,” “Build My Life,” and “Sing to the Lord (Banner).” The first brings the 20th century chorus into a new arrangement, the second is a strong melody coupled with a chorus that moves outward, and the third includes both lyrics from the Psalms and the Doxology.

Barrett has a significant stake in the “worship industry” with several hit singles already to his credit. One or two of the songs from this album will make their way onto the radio, so worship leaders should be familiar with Barrett’s ability to craft a singable hook. His theological convictions, which manifest in the lyrical content and lyrical focus of the songs, should be weighed for a local context. This album seems more appropriate for private/personal worship based on the lyrics, yet is written for groups or congregations to sing.