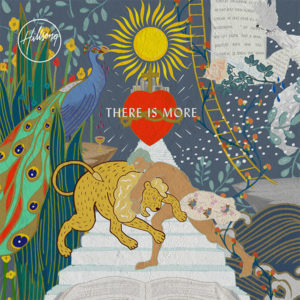 Hillsong Worship, not to be confused with Hillsong United or Hillsong Young & Free, is a behemoth in the “industry” of music for Christian worship. Considered individually, each team of Hillsong’s writers has a slightly different generational or demographical focus, with Hillsong Worship being the more “adult” or cross-generational of the three. Each release by Hillsong Worship contains several singles that are given heavy Christian radio airplay, although it is just as often that a new song makes the rounds on social media via a viral video clip. Most of the songwriters on this album are longtime contributors to Hillsong such as Reuben Morgan, Brooke Ligertwood, and Joel Houston.

Though these songs are ostensibly written for the Church to sing, the live versions on this album are arena rock—driving drums, soaring guitars, pads and synths, and lots of reverb. The final four tracks on the album are “acoustic” arrangements that are a bit more accessible for the average church and volunteers who serve in music ministry. In both cases, the key for songs may need to be adjusted, as these songs are intended to be sung in prime unison. Even songs led by Brooke Ligertwood are pitched low for men singing split octave. Average song length on the record is more than five minutes, so several of the songs would also need to be rearranged with less ambient space and/or repetition. As is often the case with Hillsong’s pop songs, the anthems of the song are found in both the chorus and the bridge of the respective song, with a jump of an octave or a fifth guiding the dynamic changes. Singles that have already been well-received from this album include “Who You Say I Am” and “So Will I (100 Billion X).” The strongest songs on this album are the ones that provide opportunities to sing Scripture—“God So Loved” is a powerful setting of John 3:16, “The Lord’s Prayer” adapts just that, and “Remembrance” celebrates the benefits of the Supper.

Each Hillsong release usually contains one or two songs that have strong enough melody/lyric resilience to survive the rearrangement that smaller or more local churches must conduct in order use the song in corporate singing. Although the theological distinctions of Hillsong Church peek through in certain lyrical turns, the songs are rooted in biblical concepts and often paraphrase the Scripture in ways that are adaptable to many languages and contexts. It remains to be seen which song(s) from this album may take hold in the global church.